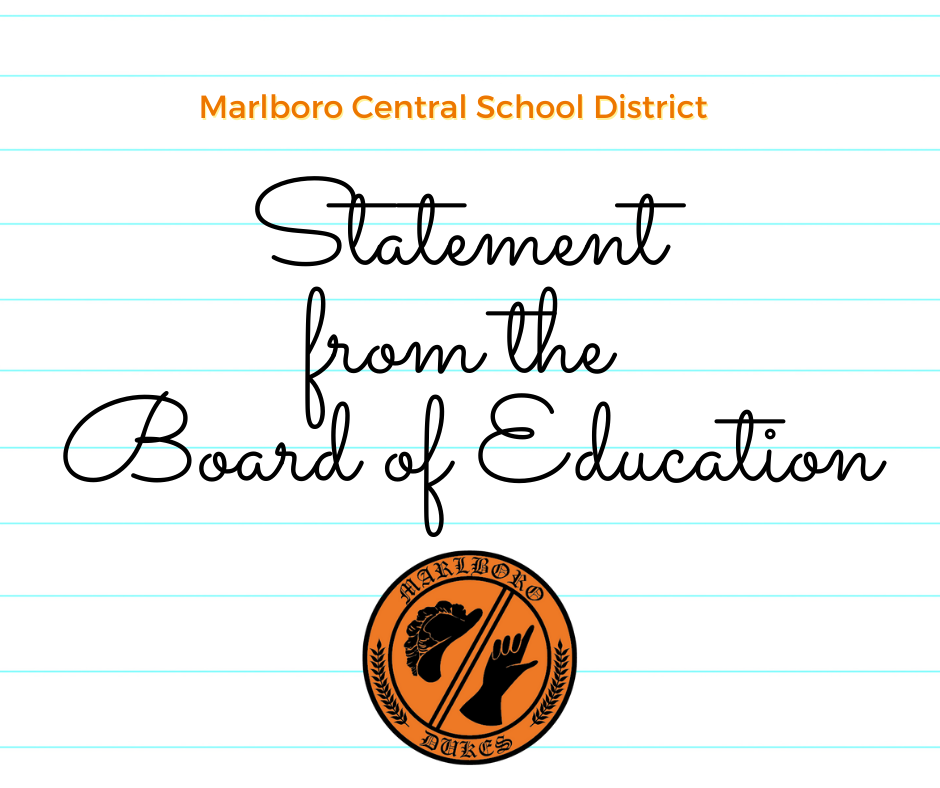 Statement from the Board of Education

A Statement from MCSD Board of Education President John Cantone:

First, I would like to thank everyone who has reached out to the Board and to the superintendent to share their thoughts and opinions following our meeting on February 17. We always appreciate when our community members, stakeholders, and especially our former and current students share their feedback with us, regardless of whether it is positive or negative. Our students, and the betterment of their education, are the primary reason we serve on the Board, so hearing directly from them is the most valuable input we can receive.

I would like to take this opportunity to try to clarify what happened during the meeting in an effort to clear up any misconceptions about what took place. The newspaper report is factual regarding the actual meeting events and statements made by the public, but the article’s insinuation that the decision was pre-planned and that public discussion was intentionally avoided took the facts out of context. That evening, a few Board members requested to separate two books in need of approval from a broader set of agenda topics. This is typically done when a member feels that a topic needs extra attention and/or further discussion. The Board agreed to move the topic to a later part of the agenda for discussion and a separate vote. When the time came to enter the topic into the meeting, an initial motion was received, but the motion was not seconded, effectively stopping any discussion or vote from taking place. As a result, the two books in question were not approved into the curriculum.

Reflecting on the manner in which the original motion failed to move forward, I can certainly understand why many in the community would come to the conclusion that what had happened had been intentional, or that private conversations about the topic had taken place outside of the public meeting. However, I can assure you that neither is the case. Our intent was never to do anything that would be considered unethical, nor was any discussion about these books held apart from what was heard during that evening’s Board meeting.

The failure to pass the motion was simply a result of confusion by the Board as to who was going to second the motion, as well as my own failure to press the Board to have an open discussion. I neglected to realize the implications of a failed motion and take full responsibility for my mistake. I'm still learning the roles and responsibilities of my position, and unfortunately, our inexperience and confusion as a Board created the false impression that we had intentionally disapproved of the books without an open discussion.

This explanation is by no means meant to minimize the concerns of the public. On the contrary, our Board greatly values all opinions and takes every concern seriously. After hearing and considering the different perspectives of our valued community members and students, the Board has agreed to put the issue back on the agenda for our next meeting, scheduled for March 3.

Thank you again to everyone who shared their feedback with us. We appreciate your patience and understanding as we continue to sort through the unintended consequences of last week’s Board meeting. If anyone is interested in watching the video of that meeting, it can be viewed here: https://www.youtube.com/watch?v=xzGIv2n0pGU

The time stamps indicated below will bring you to the exact place in the video where the actual dialogue happened:

*If you continue to listen after public comments you will hear the additional dialogue between Board members indicating some confusion and the suggestion to add back into the agenda.